Meet our Team. Mr. Ferguson brings almost 15 years of direct experience in contracted, outsourced services in acute health care settings, including laundry, food services, environmental services and maintenance to his new position at Uniform Bright. Additionally, he operated his own firm for seven years as a management consultant, with exposure to corporate strategy, research, advisory, financial planning and analysis, and corporate development. He has deep expertise in quality, process and change management.

He has handled multiple client engagements as an industry consultant and now acts as a passionate advocate for the business owner. Recently, Mr. Ferguson was assisting a large organization on creating a Request for Proposal (RFP) in order to obtain better service, quality and price. Prior to starting his management consulting firm, he worked in the textile industry as a truck unloader, climbing the corporate ladder to Customer Sales Representative, top Salesman, Sales and Service Manager, and Production Manager.

Mr. Ferguson is responsible for advancing Uniform Bright’s mission, strategy and day-to-day operations. With an extensive background in business services and in designing, deploying and managing outsourced services for large organizations in a wide array of industries, Mr. Ferguson brings significant expertise to his role at Uniform Bright. His proven track record in creating value for companies from the initial start-up stages through maturity comes after more than 14 years of industry experience as a laundry professional, a trusted advisor and as a successful entrepreneur.

Prior to founding Uniform Bright, Mr. Ferguson served as a Territory Sales and Service Manager for a mid-sized uniform rental vendor responsible for developing business in Southern California, servicing its customers over a 25,000 square mile region.

In 2004, Mr. Ferguson spear-headed and oversaw a pilot program outsourcing the washing of towels and other merchandise to Mexico. Travelling to Tijuana and Mexicali, Baja California to investigate and fine-tune operations, he defined quality standards and mapped out the logistics to ensure on-time deliveries so customers would not miss deadlines or suffer decreased quality. Throughout the process, Mr. Ferguson worked with engineering, corporate executives and plant staff at his location and the vendors. Calculated as a tremendous savings to the company, another nine locations were brought into the program and the company was able to reduce plant labor by 25% at all nine locations.

Mr. Ferguson began his uniform rental career at one of the largest industrial laundries in California, a worldwide leader in linen and laundry services. During his 8-year tenure at there, Mr. Ferguson served in a variety of managerial roles and received leadership development training, world-class quality management, operations sales and corporate strategy experience. In his last role, he served as Plant Superintendent responsible for Plant Operations, Environmental and Maintenance Services in industrial, food and health care settings. Under Mr. Ferguson’s leadership, the operation grew to serve an increased customer base, processing over 15 million pounds of laundry annually, one of the largest laundries in the United States. One of the last projects Mr. Ferguson oversaw was the very first outsourcing of processed goods by an industrial launderer to another country; he managed the pilot program from start to finish, travelling to the other country to ensure quality control and logistical coordination before approving the project company-wide. Beyond the exceptional growth and first-class operations, Mr. Ferguson and his management team developed an enviable reputation for outstanding customer service and quality standards.

Bi-lingual in English/Spanish, he brings a unique skill set to the negotiation and management of textile contracts. His language skills coupled with a work visa for Mexico also allows him to offer all services in either Spanish, or with Mexico-based businesses, including rapport-building between management and labor, competent translation for all forms of business communication, and on-site management services at locations within the Southern California or Mexico regions.

His diverse background gives Mr. Ferguson a unique combination of financial, corporate development, operational and quality management experience. Mr. Ferguson and his operations were formally recognized for superior performance and service on numerous occasions during his career with them.

Mr. Ferguson is a graduate of Vision International University where he majored in Theology. He is also a graduate of the prestigious Production Management Institute (PMI) endorsed by the uniform rental industry’s Textile Rental Services Association (TRSA), the industry standard. He is a graduate of Stephen Covey’s Seven Habits of Highly Effective People and has received many awards and accolades as an industry professional.

Having worked in nearly every position within the laundry industry, Mr. Ferguson’s background uniquely qualifies him to work as a laundry consultant. He is an outside-the-box thinker and a visionary, with a big picture, global view and the ability to pull all the pieces into a cohesive whole. 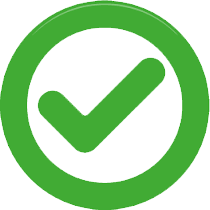